This is a prototype ...a first knock up of an idea I have had for some time .

Bear in mind that this is just a crude prototype and will need quite a bit of refinement . The jack is quite stable in the left to right plane but to resist forward tilting the front wheel will need a chock .

The jack is attached to the scooter by simply removing engine bolt locknuts and screwing the scissor jack to the engine mount bolts . With the jack bolted to the scooter you have a strong unbreakable attachment which makes the scooter safe and stable to work on. I will probably look for a method to extend the jack base support brackets to prevent the scooter rocking forwards and backwards so that the front wheel would not need a chock.

All the extra metalwork that I have added to the jack is simply screwed into the original scissor jack and can be fitted and completely removed in a matter of seconds. It is fully adjustable for height and width and will jack a lambretta with rear floorboards fitted or without.

When I have had a chance to tidy it up I'll post a list of the parts and explain how they go together. There are 2x welds required to construct the additional framework but everything else simply screws together.

let me know what you think

I'm very impressed! A great idea. Setting the timing or carb adjustment while sitting on a chair would be alot easier that doing it kneeling/lying on the ground.
Top

Nice idea and i'm sure it;s got it's uses.....but.....bit restrictive with not being able to drop the exhaust and access the engine/head.
Top

That would be very easy to do with a little ingenuity

All you would need to do is drill 2x 12mm diameter holes in a strip of steel bar then remove the bump stop, remove the suspension strut , lower the scooter and fit the drilled bar in place of the strut and then jack the scooter up .

paul d wrote: ↑
Sat Sep 15, 2018 8:21 pm
I'm very impressed! A great idea. Setting the timing or carb adjustment while sitting on a chair would be alot easier that doing it kneeling/lying on the ground.

thanks Paul ... my old knees are just not up to extended periods spent on a hard concrete floors anymore. Its so much easier working from a adjustable hydraulic stool on castors

Brilliant and a great YouTube channel you have too. All the best
Top

thanks mate its really rewarding to get a bit of positive feedback once in a while . makes all the hard work worthwhile

thanks Rob . When I get a chance I'll post some details about components, construction and costs.
Top 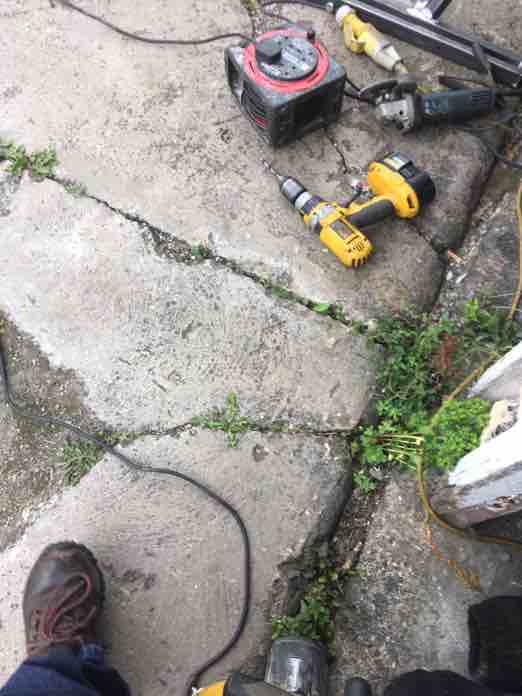