Intro: Scooter sales had already peaked in Britain by the mid-1960s - led by the likes of the Lambretta and Vespa. Originally designed as transportation for commuters, the scooter came to be seen more as a vehicle for leisure. Ownership shifted to the younger generation and their appetite for speed and power was insatiable. Shops appeared offering performance tuning services for the first time and a new era of scootering dawned.

Production of the Lambretta ceased in 1971 and although Vespa survived, the scooter scene went underground during the 1970s. The passion for tuning continued to flourish however, and the release of Quadrophenia inspired a new wave of devotees going into the 1980s. Companies began investing heavily and the introduction of the TS1 cylinder kit for the Lambretta and the T5 Vespa by Piaggio took the tuning scene in a new direction.

In Lambretta & Vespa Street Racers, author Stuart Owen traces the development of scooter tuning down the decades using dozens of rare period images and highlighting every significant technological milestone along the way. The different but inseparable stories of both Lambretta and Vespa tuning are told in full with compelling insight and expert knowledge - making this a must-read for any scooter enthusiast. 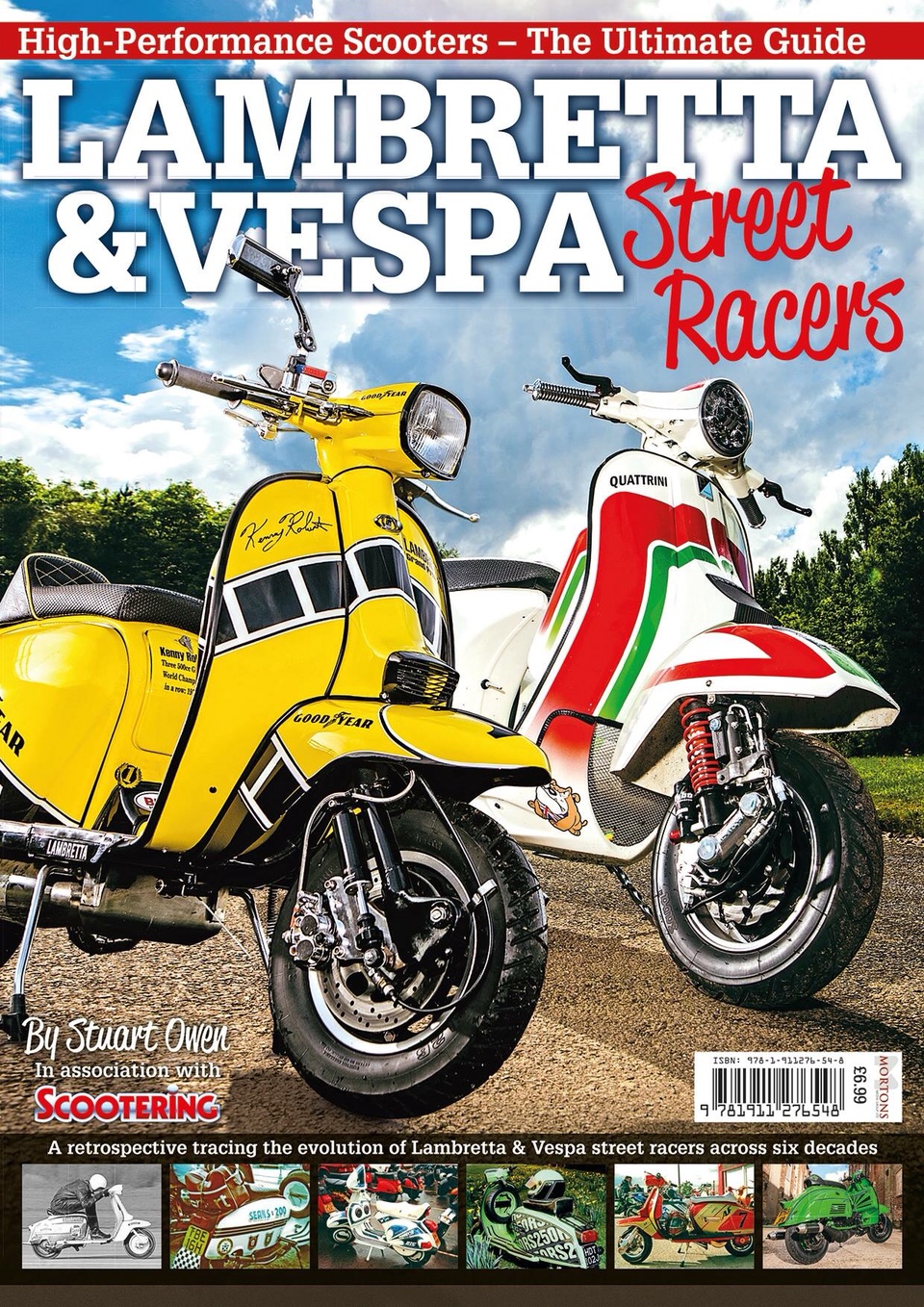 Had a lot of questions asking if this is a new bi-monthly magazine. The answer is no.

Its a 'Bookazine'...which means it's a one-off publication, on thicker stock paper and cover (think Art of Scooters by AG) which sits it neatly between a book...and a magazine. It is currently on sale at all good newsagents and is also available to order directly online here: https://www.classicmagazines.co.uk/prod ... eet-racers

It is selling fast and receiving great feedback, so if you want a copy...I'd suggest you get one now, once it's gone, it's gone.